Our Dogs in Service

In 2005, San Pablo Animal Hospital became intensely involved with service dogs when Dr. McCall’s family decided to become puppy raisers for Canine Companions for Independence. The McCalls have successfully raised many puppies for CCI, which places “exceptional dogs with exceptional people” free of charge. Dr. McCall also serves on the Board of Directors for this organization. He teaches puppy training classes twice a month and provides free and reduced veterinary care to over 20 service dogs and puppies in the Jacksonville area. In addition he also conducts Penn-Hipp x-rays for the entire Southeast Region. 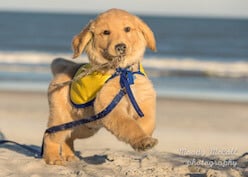 In October 2017, Dr. Moody McCall and his wife Eugenia were honored for their many years of service to Canine Companions with a puppy named after them. Local puppy raisers, service dog recipients, family and friends, along with staff and the Executive Director from the Southeast Region, put together a surprise party at Mayport Naval Base. Dr. McCall has donated countless hours teaching classes for the Jacksonville chapter, performing PennHip x-rays for the dogs in the Southeast Region, and raising 10 service dog puppies for the organization. A puppy, McCall, or Mc, as they have come to call him, arrived in Jacksonville in January 2018. 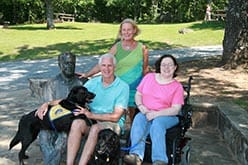 Dina the Wonder Dog, as we called her, became the service dog for Melanie in 2006. Melanie said she was no longer the girl in the wheelchair, she was the girl with the coolest dog! She assisted her at home and at work in a law office in Mississippi. When Dina retired in 2016, she became a pet and a new service dog named Turk took over her duties. 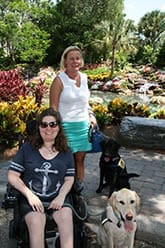 Rossi, service dog for Andrea, can be found assisting her at work at AAA where she is a dispatcher. He helps her by fetching dropped items and opening doors in more ways than one. In addition to being a great service dog, Andrea says Ross is the best lover dog ever and opens the door to conversations with people everywhere they go. 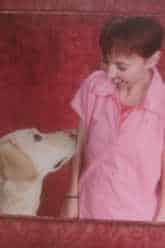 Gracie became the service dog for Jessica. Grace and Jess made quite a team driving around town in their van with an "Amazing Grace" bumper sticker. They were also a great team in the church choir. Jess had juvenile rheumatoid arthritis, and Gracie served as her hands until Jessica passed from this world. Gracie now continues to serve as a pet therapy dog with Jess’s mother at a hospital. 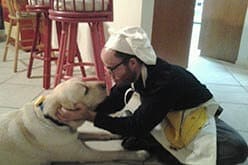 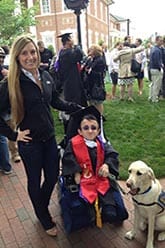 Bonsai became the service dog for Chase. Chase has brittle bone disease and Bonsai rolls along beside his wheelchair assisting him as they navigate a college campus, a fraternity party, a job interview, and all that life throws their way. 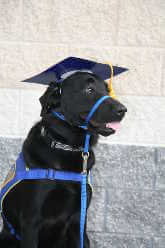 Oko was in training to be a service dog, but due to her exuberant personality, she had a change of career. She is currently Dr. McCall’s favorite bird hunting friend and participates in pet therapy programs within the community. 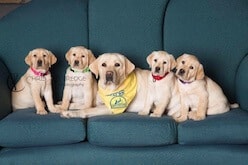 Merlot completed her basic training with us and was selected to be a breeder for Canine Companions for Independence in 2015. She gave birth to one litter of four puppies in January 2016. 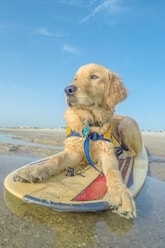 Obie is a handsome outgoing golden retriever, who was paired with a US veteran in 2017. He is no doubt breaking the ice and the isolation of someone in the Canine Companions PTSD program. 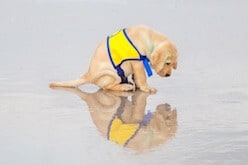 Dash, one of Merlot's puppies, trained with us for 18 months and started "doggie college" in November 2017. We look forward to seeing him placed with his forever person very soon.